How it all began…

I have two beautiful children and a loving husband, who despite all the challenges stuck with me and supported all of the dramatic changes towards a clean lifestyle.

I am an organic housewife.  I was not always; just several years ago I thought pizza was a balanced meal – whole grains, veggies in the form of tomato sauce and salami as protein.

We cleaned with bleach, bought personal care products wherever and chose our dryer sheets by the scent.  The words ‘organic’ or ‘nontoxic’ were not part of my vocabulary, I had no idea that our world is so toxic and so chemically laden.  I lived in la-la land.

It is only appropriate that my first post will include my son’s story.  After all, he is the reason I am the force I am today. 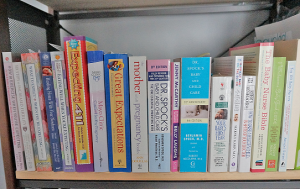 I read about every pregnancy book I could get my hands on.  Miraculously I came across a suggestion to get an organic mattress and some organic cotton onesies for the baby. So I did, but that was the extent of my ‘clean’ approach.

I had good intentions, I searched for pregnancy safe products but nothing really came up.  I brought some soaps, shampoos, lotions and others to my OB to ask if they were safe to use but was met with ‘deer in headlights’ look.

I knew there was a better way, I just did not know where to look.  But now I do and I even have a list of pregnancy safe personal care products and miscellaneous organic living recommendations.

My beautiful baby left the hospital with diarrhea.  Any google search will reveal that infant diarrhea is very dangerous; we saw doctor after doctor…  The diarrhea caused a terrible diaper rash that would not go away.

I went to Target, then Toys R Us and with a sweeping motion moved every. single. diaper cream they carried into my basket.  I went into research mode, made appointments with top doctors at a world renowned local hospital.  Head of pediatric allergy department said my two week old was too young to test and sent me home with a printout similar to this. 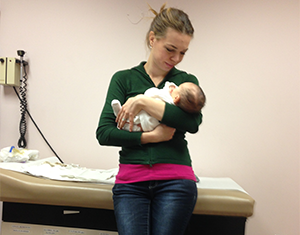 I was instructed to avoid all the common allergens (milk, eggs, wheat, soy, fish, shellfish, peanuts and tree nuts) and come back in a year.  I saw gastrointestinal specialist that charged me $800 for one of the visits that was not covered by insurance.  I was exhausted, eating only plain buckwheat and boiled chicken, diarrhea did not stop, diaper rash was getting worse and my son was second percentile, failing to thrive.

The turning point came when our very mainstream pediatrician suggested we see a local NAET practitioner.  I had no idea what or who it was but made an appointment.  We were greeted by a smiling gentleman that said “I don’t know how it works, but it does”.  He made me hold different vials containing allergens to my son’s skin and pressed on my arm while I resisted the pressure.

The idea is, acting as a surrogate, we would test what made my son weaker and what had no effect.

After testing several things, we determined the culprit was wheat that I was eating and passing on in breastmilk.  I was already on a limited diet and just recently eliminated wheat so we were eagerly waiting for results.

Within two weeks of full elimination of any traces of wheat, we saw improvement.

I thought our trouble was over only to encounter a new development at age four months.  Every morning my son would wake up with a normal complexion but towards the evening he would develop inflamed, red, choppy, cracking cheeks, chin and nose.  By the next morning the redness would go down but the choppiness stayed.  I was scared and scheduled an appointment with the NAET professional again.  We determined apple, tomato, mango, nightshade vegetables, citrus and chocolate were the issue.  I immediately took those out of my diet and the inflammation stopped.  Several months later, it returned, so we went back and it seemed my son outgrew the original wheat sensitivity and several others from an earlier list.  Now he was sensitive to tomato, blackberry, figs with apple being the biggest culprit.

I was a professional NAET patient at this point and came in with a cooler of every single thing I ate.  Each item neatly packed in a small zip lock bag to be tested for my son’s sensitivity.

With elimination, my sons skin improved and once again I thought we lucked out and moved on with my life.  Not eating several foods was a small price to pay…  But I was wrong.  My sweet child would develop eczema on the back of his knees (newly developed milk sensitivity), then several months later on his back and neck (wheat).  And countless others.  The worst outbreak was from his forehead to his toes (eggs).  Each outbreak was different from the preceding in location and ‘look’ of rash; some were dry and chappy, others were bumpy, some were ‘oozy’ but all were very itchy and uncomfortable…  It is so bizarre, to this day, he develops sensitivities to new foods and outgrows his old sensitivities.

Throughout the following years we saw many doctors, including the original head of pediatric allergy department who ordered extensive allergy testing that all came back negative.  One of four certified pediatric allergists in my state, several pediatricians and all suggested steroid creams and that we were dealing with eczema – a genetic condition and that there was nothing we could do.  However, at some point I stopped seeing conventional doctors and instead went back to see the NAET gentleman who was always very accurate in his diagnosis and upon elimination of the offending food, all symptoms improved.  We were regular patients, coming in for testing every 3-6 months.

My theory is that gut flora changed for some reason and my son would begin tolerating whatever he was reacting to and develop new sensitivities to foods he had no problems with.  It is still an ongoing battle but we have improved dramatically with proper diet and probiotics.

I now know that my son’s issues were caused by multiple factors including horrendous diet during pregnancy, low quality supplements, a week of antibiotics during pregnancy and two rounds at birth because I was Strep B positive.  No good bacteria, an array of chemicals all around me.  Simply because I did not know.  But now I do and I hope this small project will change the course of life for at least one person.  I hope to create a place with collection of material that I wish I would have found when I was pregnant with my dearest son.  I cannot un-do everything I have done but I can change what and how I do it in the future.  It took me years of learning and gathering information.  It is time I share it with the world.

After becoming a mother, Anele devoted herself to an organic lifestyle with primary focus on nourishing diet, organic products, green home construction and non toxic environment. With hundreds of hours of extensive research, Anele is eager to share her knowledge with concerned families. Please sign up for emails to receive notifications on her endeavors! 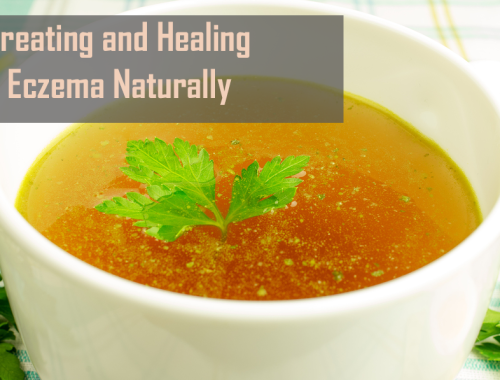 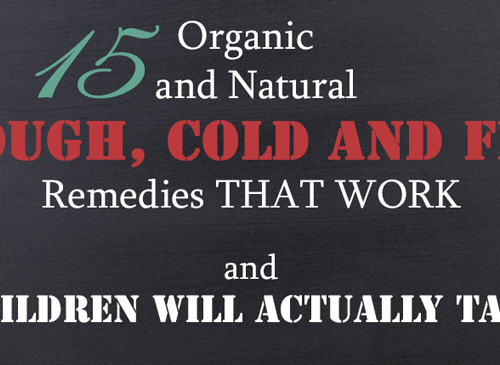